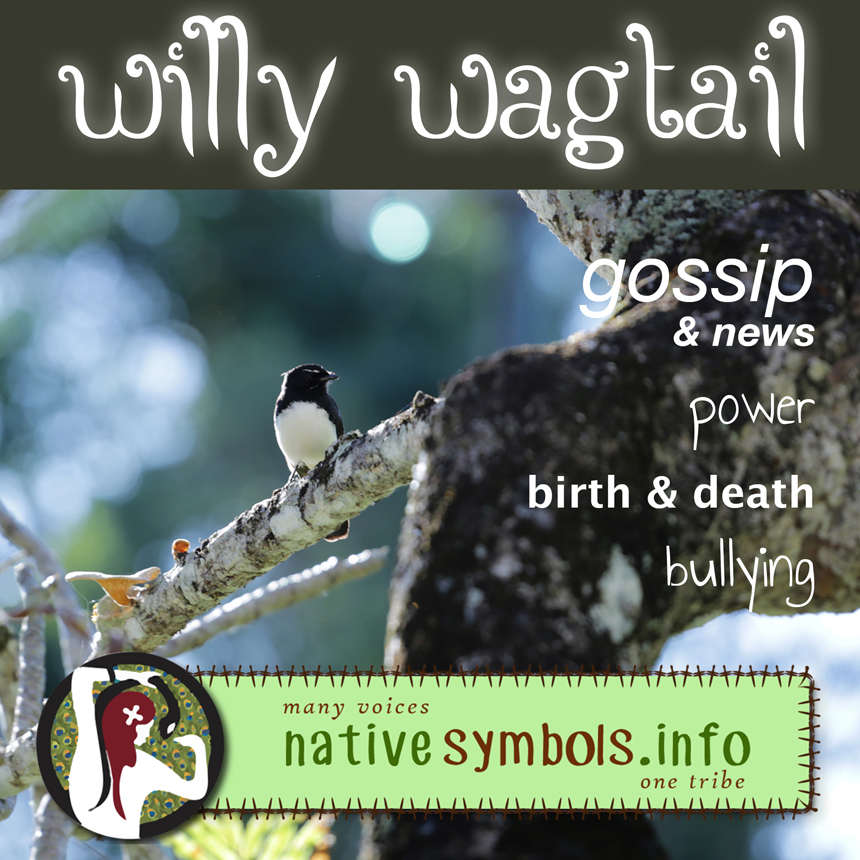 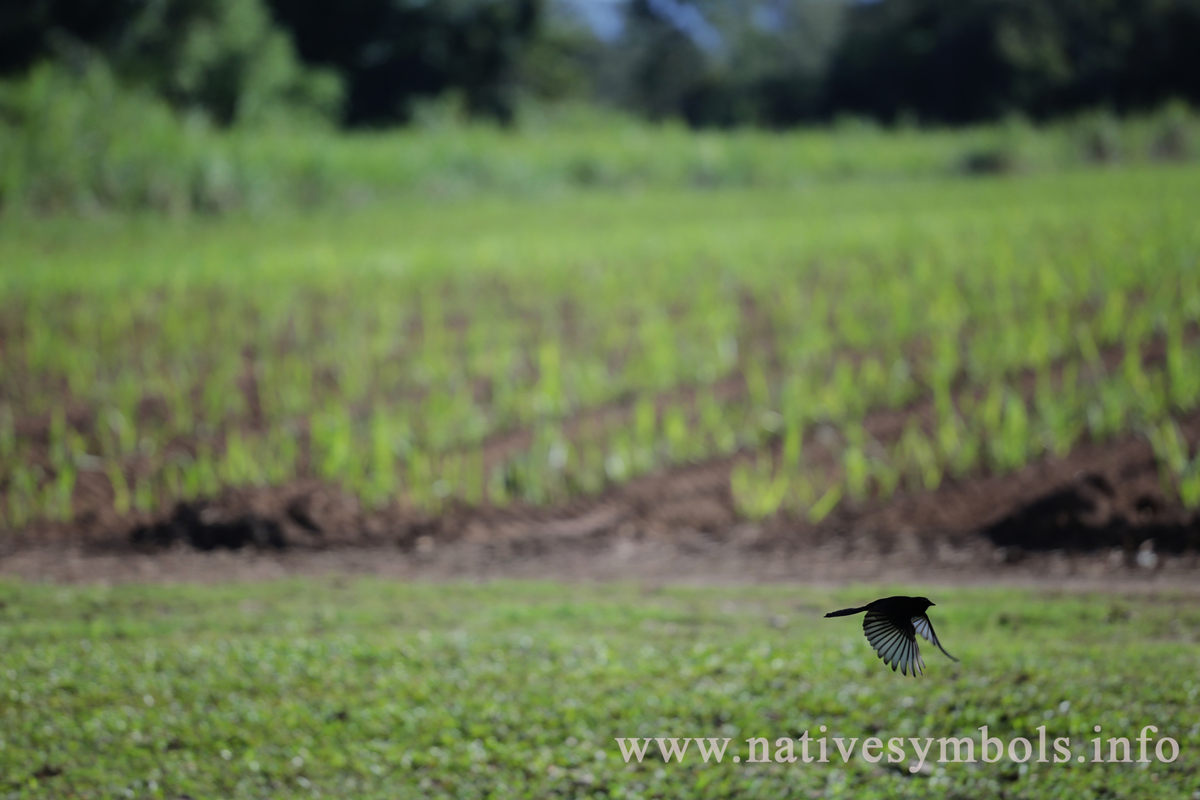 This clever black and white bird is well-known and loved for his cheeky, bold nature, always busy and cheerful.  They are unafraid of people; if one approaches too close to a nest, this wagtail will guide you away, flying and darting just out of reach.  They will also vigorously defend their nests, their small size belying a courageous nature against opponents many times larger.

Willy Wagtail is often seen perched on the backs of feeding cattle or horses, waiting to swoop down and catch any insects that are disturbed. These birds also gather loose hair for lining their nests; opportunists indeed! They can also be seen sitting on Crocodile’s head, darting in his mouth to catch insects, eliciting no sign of retribution from the beast. An example of this bird’s courage or sense of trust? Would you be game enough to dart in between the teeth of a smiling crocodile?

Willy Wagtail in a tree.

The Willy Wagtail also has a distinctive white eyebrow which is raised to display aggression or lowered to show submission, particularly when two males meet during breeding season.  On a mundane level, this bird could bring situations which may cause you to raise or lower your brows!

And in the Dreaming[1], Willy Wagtail was a bully and suspected of cannibalism. This accusations was proven true and in the resulting drama, his back was broken. He was chanted over until he became a little  bird, and because his back had been broken, his tail never straightened. Back issues?

Around Uluru, it is believed a Willy Wagtail brings spirit children to their mothers. Many Aboriginal people consider the Willy Wagtail (fondly called Jitta Jitta) a gossip-monger and bringer of bad news, especially in Victoria.  This belief has filtered into Australian myth; those in the bush regard him with suspicious disfavour.  In Aboriginal lore, if anything is being discussed he will be shooed away so he is out of hearing, range before any business or conversation is resumed. Respect and discretion should always be practised in Jitta Jitta’s presence.

For some, this fellah aways brings news of a death, like Curlew.

Another belief is if this little character makes a clicking sound, you will know there is important news coming your way; and in some tribes it was believed this bird was a direct messenger for the Great Spirit. Should this bird be harmed or killed, thus angering the Great Spirit, destructive storms would arise as revenge. 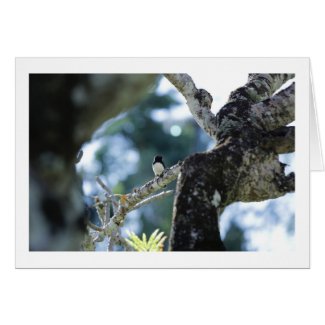 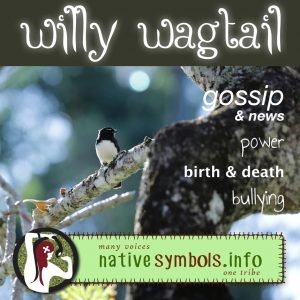