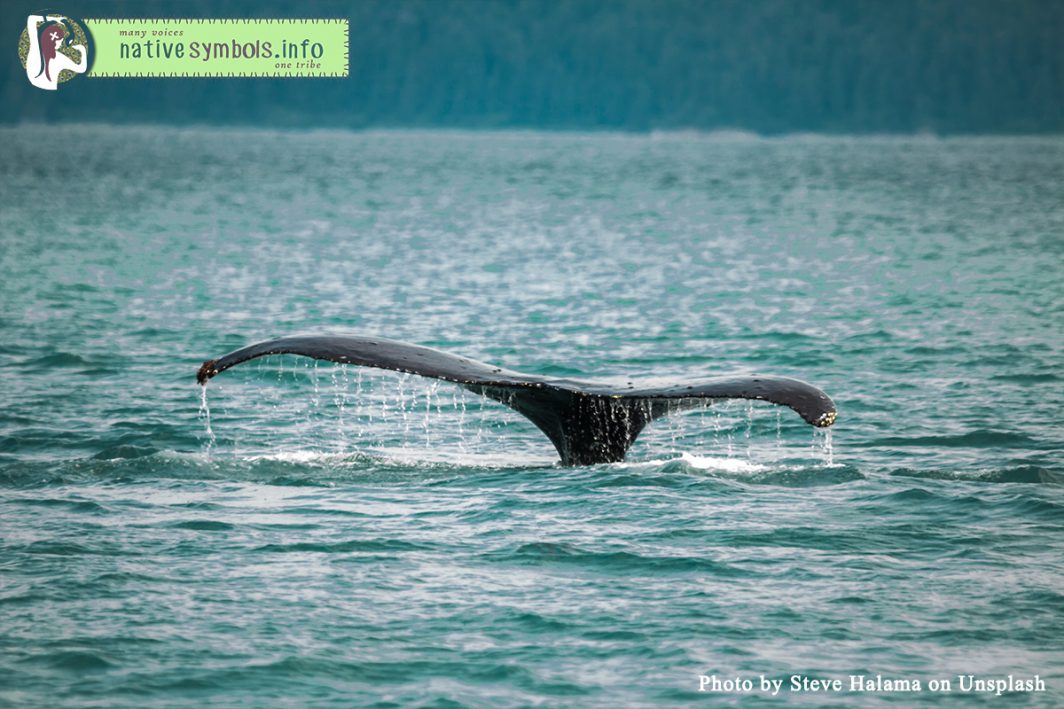 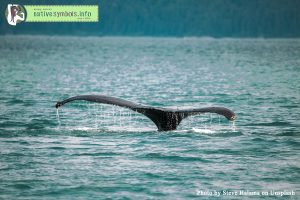 These giants of the sea have been the focus of a preservation scheme as big in scale as their physical size.  Whale is an easy target, and because he is good tucker and a source of oil and other products, he has had the harpoon pointed his way far too many times.  Most species of whale are endangered.

There are many stories of whale encounters and accompanying experiences of communion and love.  Whale draws many people, especially bringing them together if stranded.  One friend had her whole life transform in power charged eye-contact with a whale off Collaroy Beach, Sydney.  She finds she can tune into their energy and often ‘knows’ when they are coming.  This friend would be considered quite conservative and down-to-earth in society’s eyes, so Whale reaches through any conditioning and belief system.  Whale’s song is also very soothing, popular in New Age and ambient music.

Whales abound in myth and art.  You can even have ‘a whale of a time!’  Yet, as evidenced by the ‘Save the Whale’ wail, whales have been betrayed by humans for centuries. The slaughter at sea is now regulated by rules and guidelines; however it may be too late for some species. Is there some issue in your life where you need to practise more self-restraint and curtail your actions?

In a well-known Dreaming from N.S.W.[1], Whale is greedy and won’t share his canoe with the less fortunate creatures who wish to sail to another land.  His friends betray him through stealing his boat. Themes around betrayal and trust could be an issue in your life, if Whale appears. This may not mean you are a ‘whaling’ victim; you may be cutting yourself short in some way and so hurting yourself. If you sense a communion with these creatures of the deep, be aware of the special, creative energy you have around you, vast like the ocean, waiting for you to ‘tap in!’

The hole at the top of Whale’s head is often attributed to a spearing in the Dreaming[2]. In the Illawarra region, Koala threw a spear at Whale’s head, causing the hole, because he was being greedy with food.

It was also believed that the first whale created the first cloud through the spurt of water that comes from this hole. If you encounter Whale projecting a giant plume of water into the sky, you might discover that it is your own actions, not those of others, which are causing any ‘clouds’ in your life.