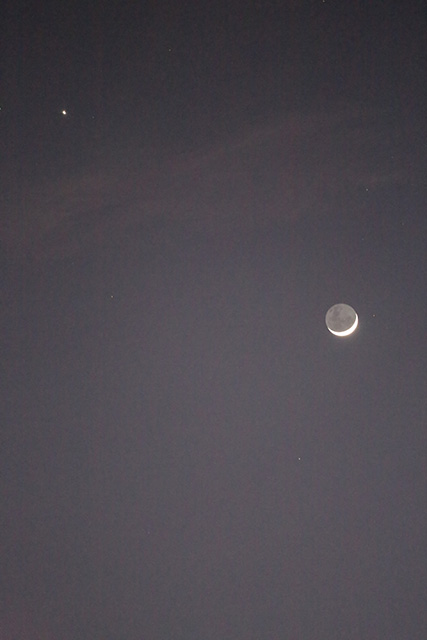 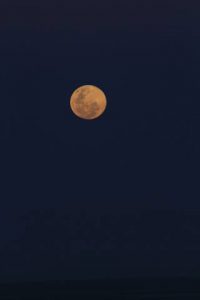 The Moon is a symbol universal to all of humanity, and probably has been since the beginning of time. Often viewed as feminine, the moon has been directly linked to women (through menstruation) and the femininely viewed energies of intuition and the emotions. Our lunar friend has also been linked with lunacy, as in the old wives tale warning one not to stand too long in moonlight, lest they go crazy!  The ebbs and flows of the great oceans, pulled by the gravity of the moon, are mimicked in our own bloodstreams. Are you currently experiencing a ‘high tide’ or a ‘low tide’?

Because it mostly appears at night, the moon is connected with our dreams and the dark side of our psyches. The unconscious and subconscious minds speak through the symbols which appear in dreams, and dreams may appear more predominantly and vividly during either the full moon or dark moon phase. The moon is also associated with witchcraft, possibly because it is considered by pagans to be especially powerful in its peak and waning. With canines howling in accompaniment, the moon must certainly seem quite foreboding at times, especially when only partially hidden by moving storm clouds. The mystical nature of the mood can reflect many different moods. Have you ever seen a pumpkin moon? Or one blood red from a bushfire? Or hanging in the sky, the size of a dinner plate?

The moon with a ring around it tells us there is coming rain, as the ring is the Moon Man’s humpy built to protect himself. According to Dreaming lore[1], the Moon appearing during the daytime meant that he had been making love all night with earth women and had slept late, thus returning in the light of day.

And when you can see the full shape of the moon (like a shadow) behind the crescent, the crescent is believed to be the baby from a union with an earth woman, being nursed by his father. This puzzle of the old moon in the arms of the new moon intrigued Leonardo Da Vinci, who called it earth shine. In modern times we know it is the clouds that reflect earth’s light on the moon, not the earth itself. Look up the interpretation of clouds for more clarity if this image of Moon has an impact on you; and blend the meanings.

The moon is usually male in the Dreaming, although in one difference to the rule, the birthplace of the moon was believed to be over the horizon.  A new moon was born each month and would float up into the sky before dying off and disappearing[2].  Possum, Crab, Dolphin, Opal and Owl are linked to the Moon and its cycles in many Dreamings. 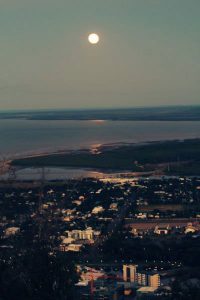 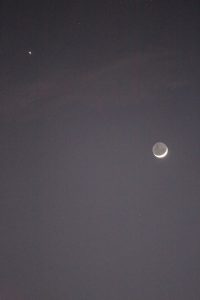 Heaven’s Doorway
Moon at the Cusp of Dawn

Often the moon is a womaniser, a man who is very good at hunting, but prefers to chase women. In another Dreaming, the Moon man is in an endless chase with Yhi the Sun woman. To some Aboriginal people of northern Australia, the nautilus shell is regarded as the old, discarded shell of a moon – moon bones. Moon makes his own choice to die and be born again as who is he, whereas Dugong chooses to die one death.[3]

The moon, around the Murray River, is said to be the eye of Bunyip that once stole the wife of Frog Man.

The moon speaks of the cyclical nature of life, and if often connected with the concept of reincarnation in many Dreamings due to his ability to die and grow again. Processes of change, from the beginning as something small, to the full glory of the moon at its peak, to its weakening waning; the moon is an apt symbol of the journeys we take through life, as well as our development from birth to maturity to death.