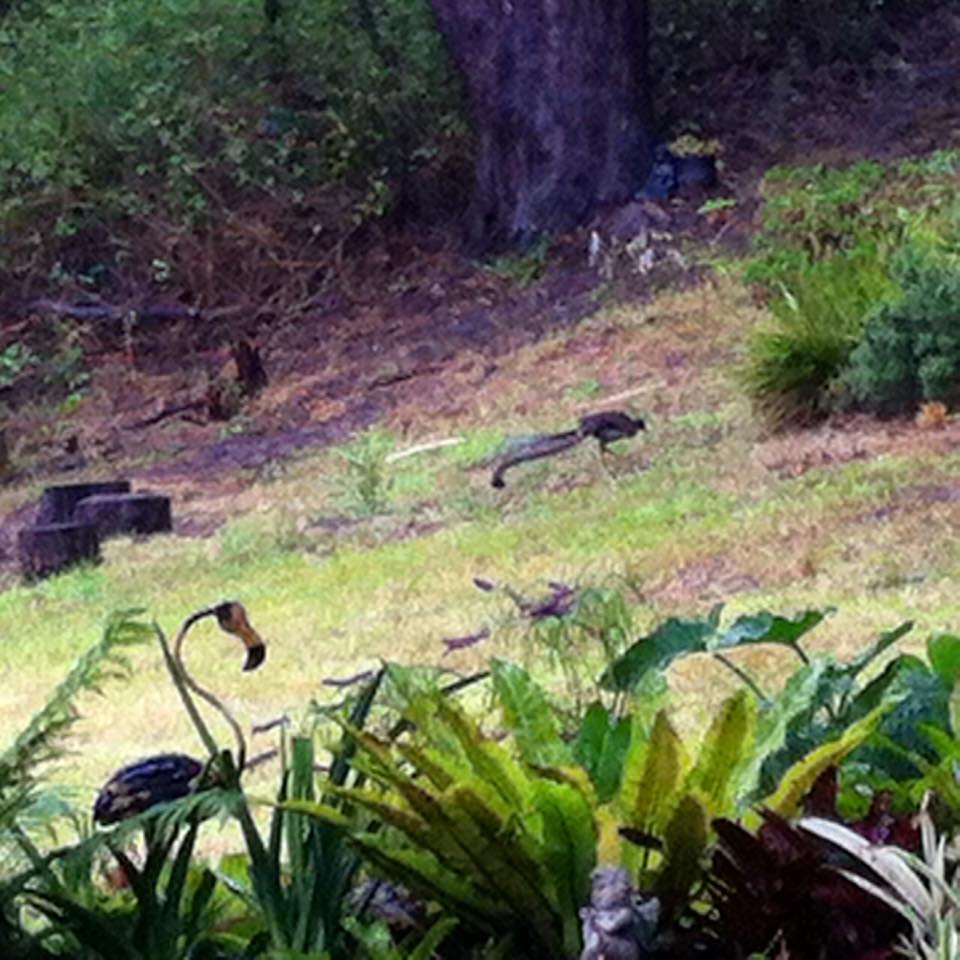 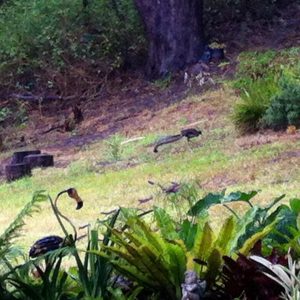 Lyrebird is the mimic of the bush, copying the calls of the other birds and bush sounds.  It is the male who carries the beautiful tail feathers shaped like a lyre.  During mating season, he builds a mound out of forest debris that serves as a platform from which he makes his courtship displays.  A showy bird in appearance and action, he loses his feathers after the mating season of summer. Lyrebirds rarely fly and are only able to make the glide into a tree to roost. One Dreaming accounts for this, Lyrebird’s spears were stolen and he forever searches the treetops for them.

In another Dreaming[1] Lyrebird is the peacemaker in the first great dispute between all the creatures. As a reward, the Spirits gave Lyrebird the ability to be the only animal able to communicate to all the other animals. The other animals were punished by losing this ability, and Frog, the cause of all the trouble, was given a croaky voice to replace his once beautiful voice.

In another Dreaming about Lyrebird[2], which also includes Frog, there was a stream in which little bubbles contained spirits.  One spirit wanted to become real when he heard Lyrebird’s beautiful song.  While singing, Lyrebird noticed this bubble moving and dancing in rhythm with his voice.  The Great Spirit told Lyrebird to remain singing until the creature was born.  Finally, and it took Lyrebird time, effort and concentration, out popped a little green frog.  Lyrebird’s purpose was then to teach this creature to sing.

In a Moruya Dreaming, Lyrebird was originally a man who imprisoned a mother and her daughter. They managed to escape, and trap him where he was transformed into the Lyrebird; this is why his cries are so mournful. 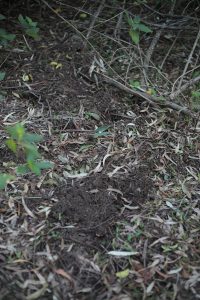 If Lyrebird appears in your life, see his qualities of imitation as your own.  He signals a time of learning from others in some way, generally a hands-on rather than intellectual learning.  Lyrebird was also a very good teacher, so the opportunity may arise where you are teaching another what you have learnt.  The old adage that a teacher appears when the student is ready may be reinforced by Lyrebird’s presence. New projects, goals and increased responsibility are augured by Lyrebird’s appearance.

Here is a sound capture I made of a lyrebird calling in the wild, near Tongara on the mountain – it’s blurry footage, my goal was getting the sounds. That said, I love how faces appear in the leaves of the trees… do you see them?

Read this article on Lyrebird being a firefighter!