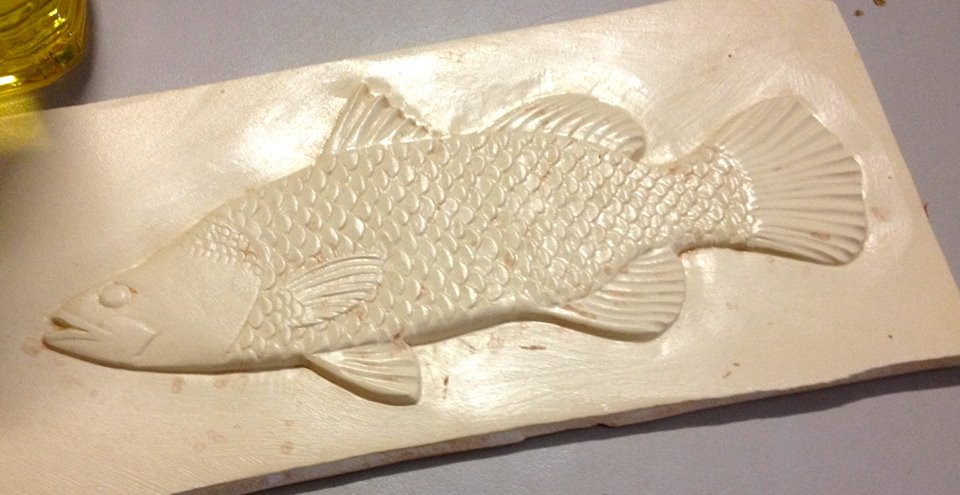 If you love the taste of Barramundi, you might like to know that you are consuming the flesh of an archetypal lover! In the Dreaming[1] two lovers who are not allowed to be together according to tribal law, run away together. They are pursued by the tribe and finally, with their backs to the ocean, the young man casts his spears at his people, while the woman makes more with the sticks and stones at her feet, binding them together with her hair. When their resources run dry, instead of facing retribution at the hands of the angry tribes’ people, the two clasp each other and enter the water, expecting either death by drowning or shark attack. Out of compassion, the Great Spirit intervenes and transforms the couple into Barramundi so they may stay together eternally. And to this day, Barramundi will die when they leave the water.

This Dreaming centres around a young couple who escape an established tradition, they break away from the mainstream to achieve their heart’s desire. It is the ultimate, archetypal story of love winning over adversity and remaining strong and committed. The young couple felt so strongly about the bond they shared they actually fought against their tribes’ people, the people they knew well and loved. Barramundi is a symbol which inevitably challenges you to follow your convictions against any adversity, without the usual consent of others or their approval.

Barramundi will always have a lover because these creatures are quite remarkable in their ability to change sex. The fish reach sexual maturity at around two years of age, at which time they are male. When they reach approximately five years of age, they change to females. Because of their breeding patterns, there are limitations on fishing Barramundi. Too great a loss in large sized fish would result in less female breeders. Perhaps the Great Spirit created this biological transformation so the two lovers, in a spiritual sense, would never, truly, be parted!

Barramundi are also quite sensitive to their environment, thriving in clear, unpolluted waters.  The word “Barramundi” is said to come from a south-eastern Aboriginal dialect, and meaning ‘good to eat’. It is uncertain whether this term referred to good eating fish in general, or specifically to what we know today as the Barramundi.