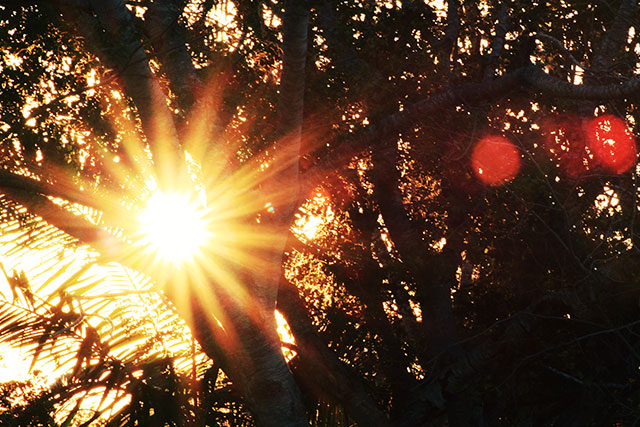 Sandpipers are found almost worldwide. Our ‘Aussie’ sandpipers hail from the icy winters of Asia or the northern hemisphere where food is plenty, then back here for a feast. One of the most common, the curlew sandpiper comes from arctic Siberia.

In a Dreaming from north-eastern New South Wales (and one similar to Echidna, Frog and Koala), there was no water except for rain and dew; however a goanna always appeared sleek and sometimes had green slime speckled around his mouth. The tribespeople tried to spy on him; however he was too clever until Sandpiper offered to try. Sandpiper would run quickly for a short distance then if Goanna turned to look, would immediately stand still so that he looked like a dry stick or sapling. This tactic of moving has remained with Sandpiper to this day. He finally tracked Goanna to the source of water, which was a hole in the rocks. Sandpiper killed Goanna, but as he didn’t know the secret way of stopping the water from coming out, it flowed freely and made all the waterholes and rivers. Sandpiper’s efforts are appreciated today, for he was the one who brought water to the people.

Sandpiper is a good symbol for problem-solving and going great distances to achieve your goals, either physically, or geographically. It is thanks to Sandpiper’s ignorance that we all have access to water; otherwise it might still be under the control of one tribe. If you feel you are struggling with something out of ignorance, keep trying because you just might discover a new method or brain wave.

In every way, Sandpiper is an admirable, beautiful and unique bird. Is he Australian or Siberian?

Another Dreaming[1]  has Pipipa the Sandpiper making a spear. When he puts the gum to attach the spearhead into the fire it explodes all over him. His cries of pain are heard by the Carpet Snake brothers who come to his aid and rip off the gum, however Pipipa has been so burnt he only has skinny legs and a beak of a nose. The Carpet Snake brothers realise he has turned into a bird and carry him protesting to the where they made a lagoon and swamp for him to always live by. Pipipa did not like this transformation at all and refused to acknowledge it – but from another standpoint, his life is pretty good now! Sandpiper might be asking you to to do what he cannot – accept whatever changes have been made to your body or life, wherever you feel you judge yourself or the hardest part – where you might be in denial. The Pipipa Dreaming can also serve to remind us of the support from others that we have – it’s there.

I really love this book for identifying birds – it also tells you about their calls, nests, where they live – countless information  and well worth having in your library if you love knowing what bird is what –

You can see Sandpipers here –