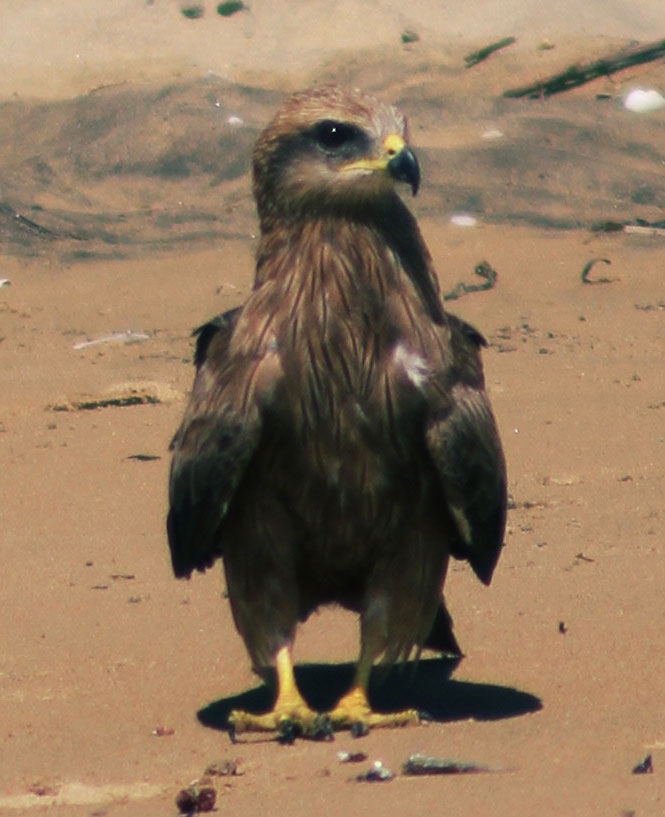 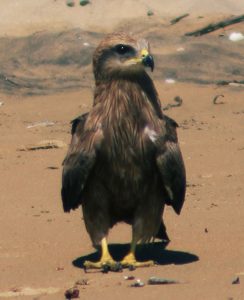 These beautiful proud birds of prey soar the skies, handsome and powerful.  Hawks, especially the whistling kite, are a common sight along the coast of Australia as well as inland.  When they swoop down to their prey, they plummet from the sky, unstoppable and direct to their target. Others will watch from a tree or other suitably high vantage point until they espy their prey. Most of the several species of Hawk are solitary, although some mate and remain as a pair for life.

In a Dreaming about Sea Hawk from northern Australia[1], there was a boy who was so obsessed with Sea Hawk he wanted to become one.  He loved to watch one on whose territory his family lived, he pretends he is one already – he is selfish and doesn’t share his food, he hunts like one, he’s a loner too.  Finally, with his heart bursting with desire to join his idol, he calls upon the Sea Hawk. With his help, the boy is transformed into one. A perfect example of a “be what you want to be” visualisation reaping rewards! He shapes who he is to become. 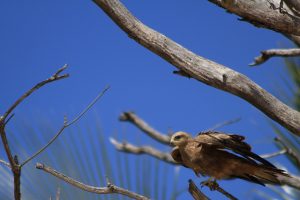 If Sea Hawk (or another in the family) swoops into your vision, be reminded of your ability to focus on and then manifest your heart’s desire.  Follow Sea Hawk’s example of focused vision and go for what you want! Can you sense what it was like for the boy to feel the feathers growing on his arms and transforming into wings?  Imagine taking off for that first flight, soaring the skies… the first cry of achievement and freedom and power and unity and… Sea Hawk. When you see Hawk, fly up therewith him, in your imagination, and look through his eyes.

Watching hawks slowly circling in the sky, defending their catch of a white ibis from other ibis was a reminder for me of the ‘survival of the fittest’ concept. (Ibis will readily dine on their own kind.) Hawk may be a reminder to get in touch with your physical body, to develop a healthier approach, which means the end of anything which is a weakness. The ibis took some time to die, as do the fish I have watched these birds consume with relish; and although it all seems very prolonged, cruel and heartless, it showed me the will to live and survive. The struggle for life is as strong in the weak as it is in the powerful. And on the subject of cruelty, an old meaning for the word hawk was someone who advocated war or supported warlike policies!

Hawk, like eagle, highlights the need to keep an eye out for the small details, to be perceptive, and if possible, rise above the situation to gain another viewpoint. Being ‘hawk-eyed’ means having extremely keen eyesight, and being watchful or observant and vigilant. Shakespeare highlighted the art of discernment in his statement from “Hamlet”; “know a hawk from a handsaw.” Being alert for any changes or new movements can allow you to know exactly what is happening, and perhaps gain an opportunity as soon as it presents itself. Hawk spends much time effortlessly soaring the wind drafts, ever alert and vigilant, prepared for that instant in time when he can swoop down and be rewarded with a prize.