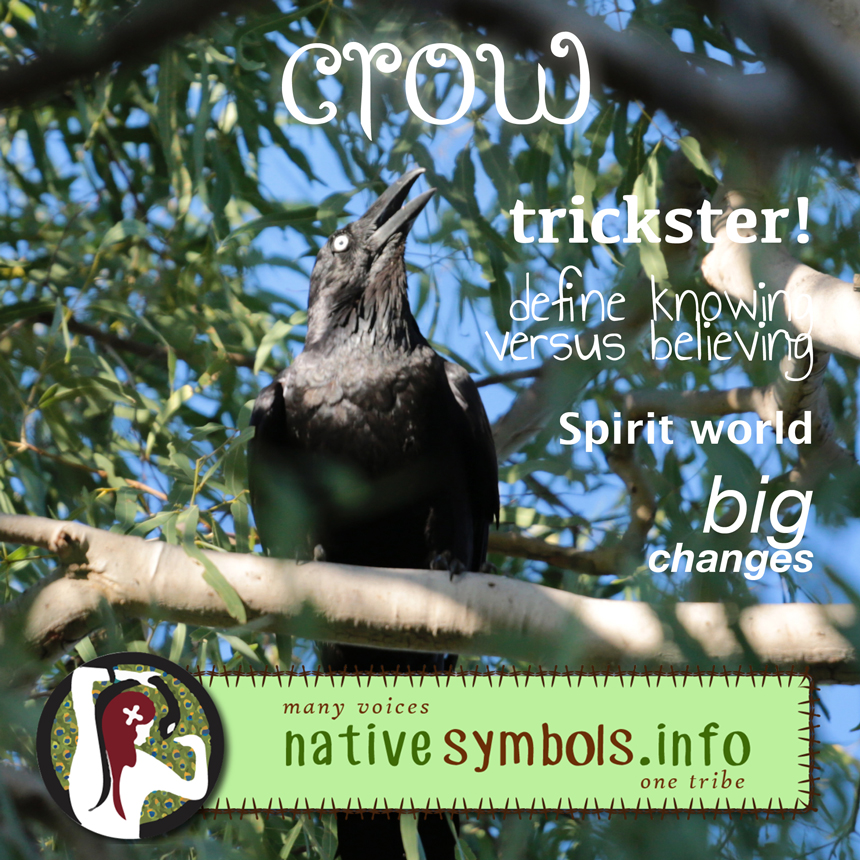 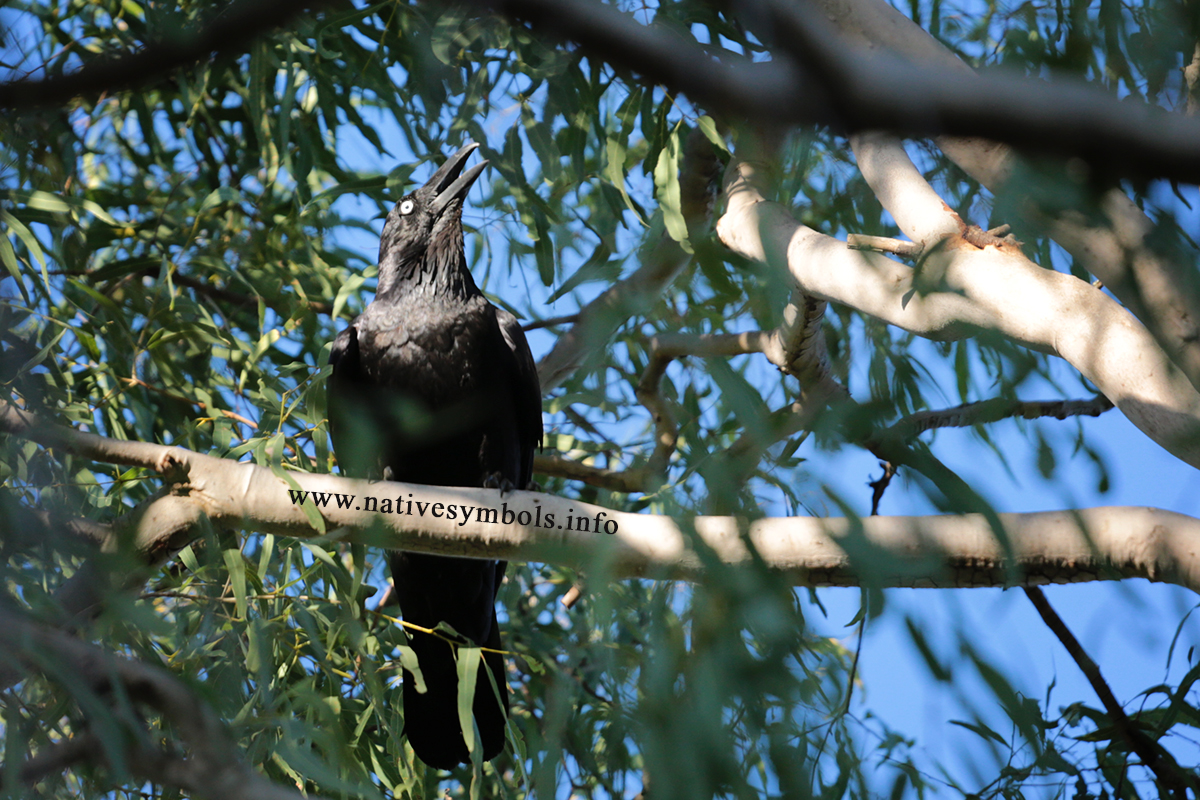 Purchase this image as a print, on clothing, etc. on RedBubble. Click image to get there!

These intelligent birds are found in other places of the world and universally symbolise cleverness and slyness, as well as being messengers for the Spirit World. As an archetype, they appear as intermediaries for the devil or an evil force in movies and novels. Crows feed from carrion; and so they are able to know the dead and are believed to be able to travel between the two worlds. As such, Crow may carry a message for you, if you tune in and listen to what is happening in your inner world.

Worldwide, Crow brings an ill omen. To many Aboriginal people, Crow represents death – so some irreversible change is certainly about to appear in your life. His link with death evokes fear and horror, not unlike the Death card in the Tarot. His appearance can challenge you not to jump to conclusions, and allow fears to cloud your perspective. He can also ask you to look within, to see what Crow means for you, against his popular definitions as a symbol. For me, Crow symbolises new life – he is always around in my pregnancies, and just after birth. In that new life, it is always the death of an old way of being for me, as I face new challenges and experiences.

He certainly carries a bad reputation, our brother Crow. Going beyond stereotypes, taking the fear out of something can allow you to be clearer in your perceptions. It may be time to let go some of your unexamined fears. Crow can call for a time of defining what you know, against what you believe.

Like Bowerbird, Crow has developed the capacity to use ‘tools’. Some time ago, Japanese Crows made international news with their ingenious way of cracking nuts – by placing them on the road for the cars to run over. Crows have been observed dropping stones from the air onto ostrich and emu eggs and they have also been known to use sticks to pry prey from crevices. If you encounter Crow utilising his innate intelligence, look around your world, for the tools you require will be nearby. There is certainly something in your personal environment which is just waiting for you to pick up and use; and Crow can show you there is a much easier way of going about things. What you require is always provided, on some level. The keys to any change or solution to any dilemma are just waiting for you to use. 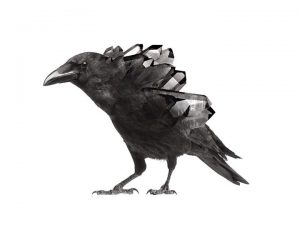 The Crow is also a typical familiar for the traditional witch or wizard. Things of a mystical nature are emphasised when Crow is about. Inner messages and insights hurry along behind Crow’s caw; the secret is to be aware and open to these, otherwise they might just slip by in the hectic demands of daily life. You could miss a valuable opportunity if you ignore Crow’s message to keep your eyes, ears and heart open.

In the Aboriginal Dreaming, Crow often represents the trickster, that aspect of the psyche which will go to any measure to get what it wants. These things relate to the passing, ego-satisfying desires which demand instant gratification and resist discipline; they seem exciting but carry a sense of wrongness or ignore the more important, lasting spiritual values of life. “I want it now!” is a part of this aspect of Crow. In one Dreaming[1], Crow started off as a mosquito who pushed himself to grow bigger into a blowfly, then a moth, a small bird then finally as Crow.

Crow’s tricks usually backfire and he often ends up worse off than before he started! Regardless of this, in the process something good always eventuates, as it can with any negative situation in life. It is due to Crow’s trickery fire was released; even though he wished to keep it to himself his actions resulted in it being dispersed for the benefit of everyone. Letting go of judgments and just viewing the results is a message behind Crow’s cunning plotting and self-gratification.

In the higher picture, Crow has ultimately achieved much good and in the process, taught humans by example the results of greed, trickery and betrayal. The laws of cause and effect (or karma) are witnessed by Crow, and may well make their influence felt in your life. These laws are influenced by how you perceive our brother, whether your focus is on the light of the fire he brings, or the darkness of death his caw foretells. Perceptions, how we relate to our world, are strongly coloured by our personal focus and what we see in the results.

Patrick Gundersen combines his love of Quartz with graphic design. 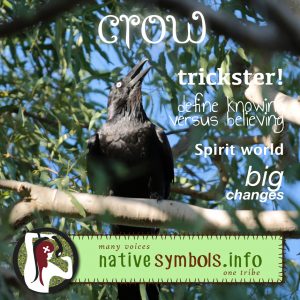